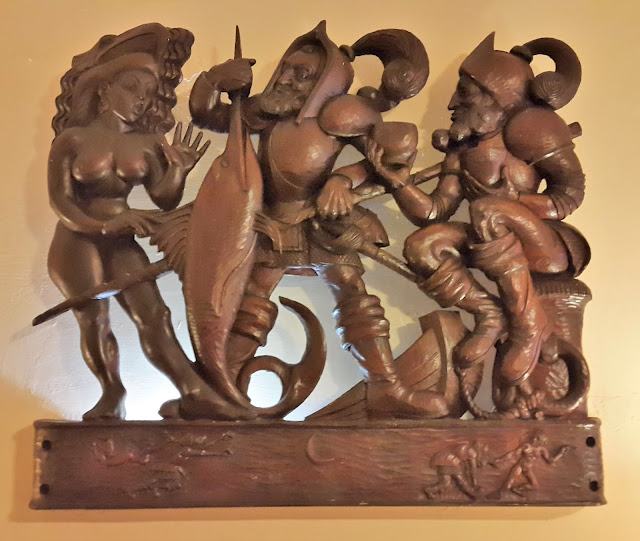 I'm writing this post from the deck of our condo in Puerto Vallarta.  We bought it almost ten years ago and have never lived in it.  While we were cruising we had it rented out.  Lucky for us to just one renter who took good care of the place.

It took us seven travel days to get from Seattle to PV.  We land travel like we cruised.  Slow.

We came across some beautiful wood carvings from the early 1940's hanging in the bar at the Hotel Playa de Cortez in Guaymas. The hotel is old, about a hundred years, and a bit down on its luck.  But it's former splendor is still evident. 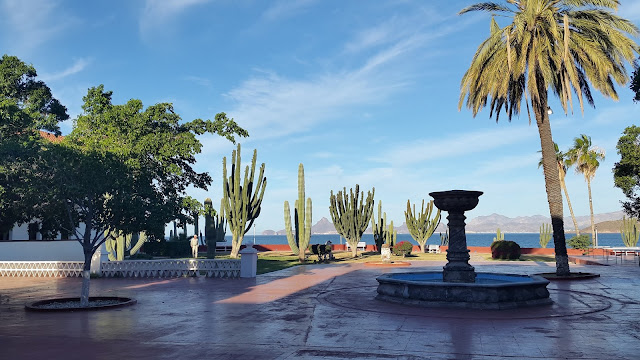 There are four carvings, each about five feet square, occupying prominent wall space in the bar.  Given the subject matter: Conquistadors and indigenous women getting to know each other, the bar was perhaps the only place they would have been appropriate back when they were new.

Alan Riding in his book "Distant Neighbors" writes that these early contacts between the Spaniards and the indigenous people were and still are a bit of a touchy subject with Mexicans.  These women, mothers of the first Mestizos, were either rape victims or collaborators. 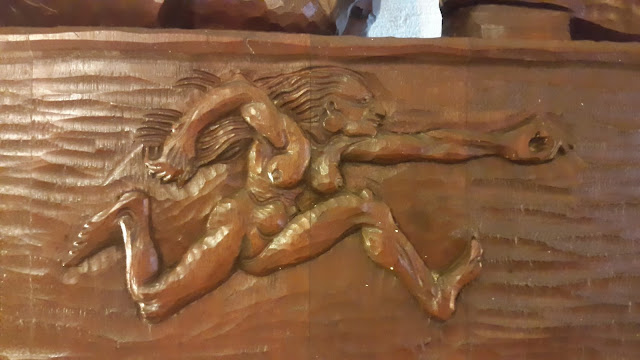 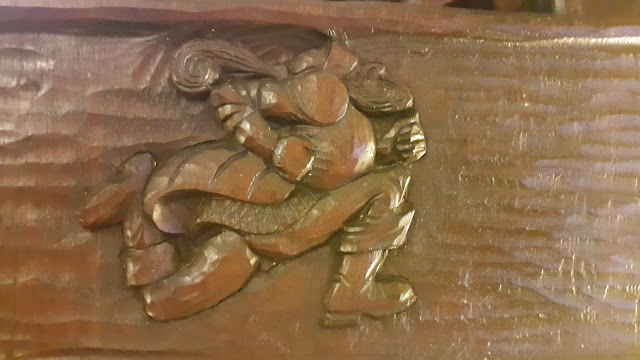 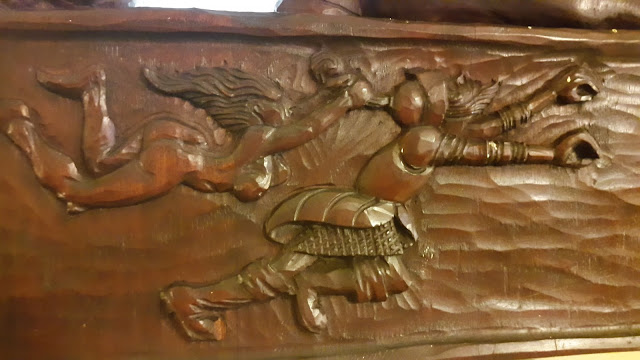 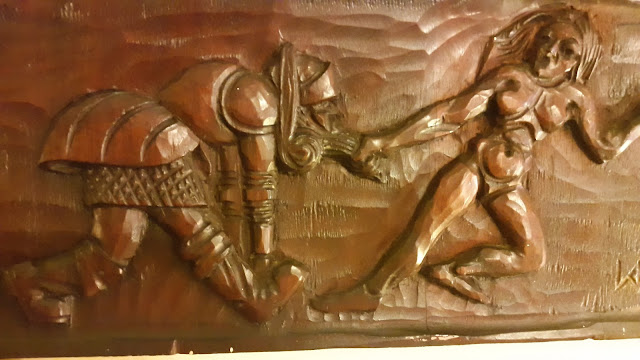 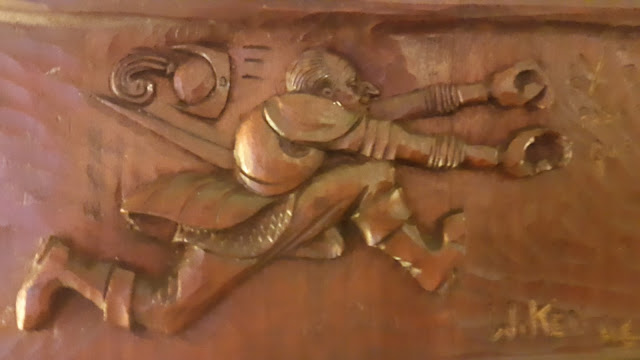 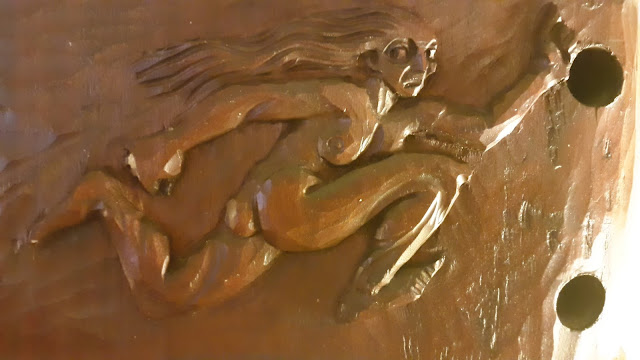 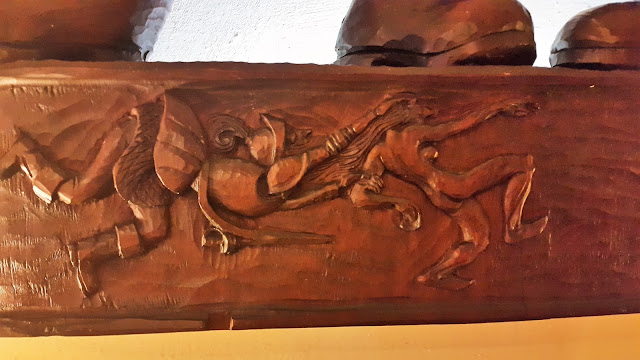 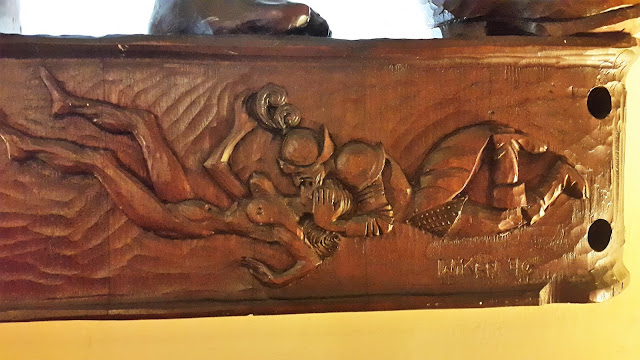 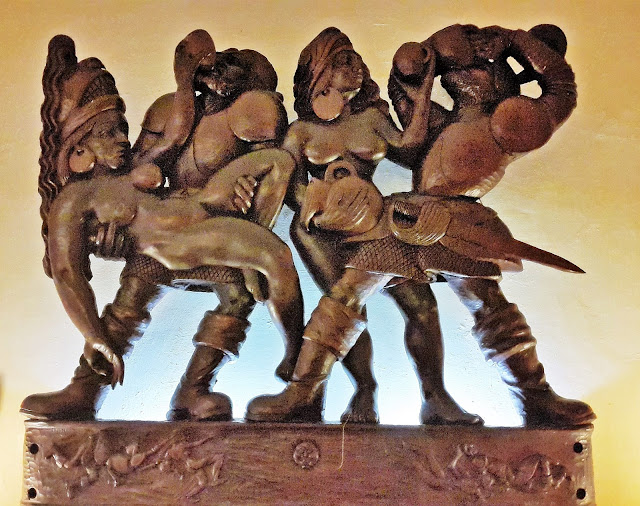 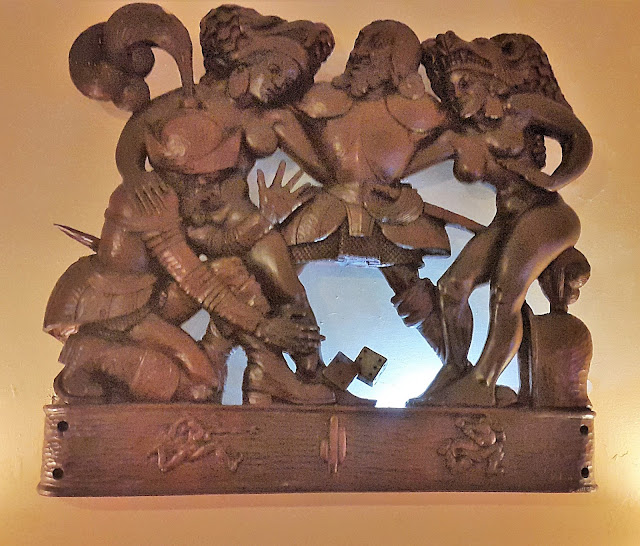 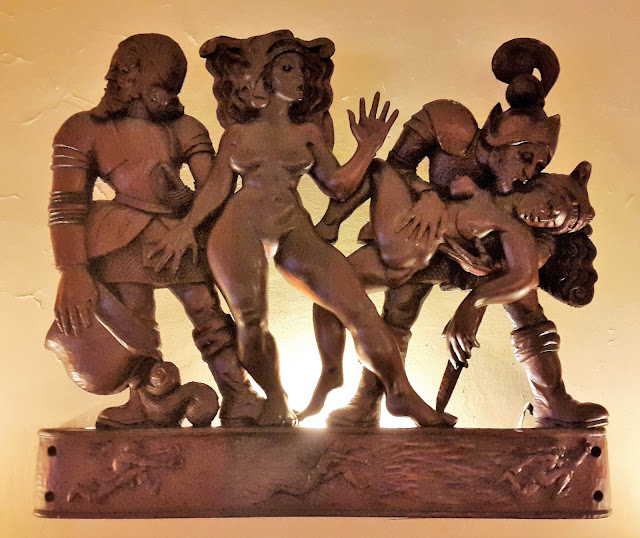 A bit racy for the times, but Hotel Playa de Cortez was a beach resort where the rich went for some fun.
Posted by Paul at 5:36 AM